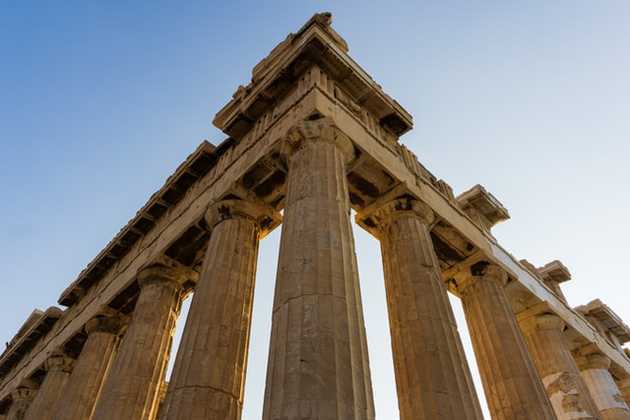 Today, I would like to talk about something less technical and more philosophical, something that is not explicitly related to technology, programming, and mathematics but instead leaves space for loose thoughts and interpretation.

Every once in a while, I like to read and learn things unrelated to my profession. That kind of activity helps me get my mind away from technical subjects and rest a little. It turns out to be a valuable time before jumping back into technology with new ideas and a fresh perspective.

A while ago, I described vital aspects that you should keep in mind when planning your long-time career. In short, you should pay attention to your physical and mental health, value your leisure time, and regularly engage in social connections. All those elements help you keep a stable and satisfying work-life balance.
Speaking about leisure. I believe that subjects and activities that are not your everyday ventures, yet still are appealing, can help you relax efficiently and maybe even improve your social life as you become a more versatile individual.

As I said, this is more of a personal story, but I hope it may be an excellent encouragement to find something for yourself.
In this case, I got myself a book “Mythos” by Stephen Fry. I haven’t read anything from the author before, and I wasn’t especially interested in Greek mythology, thus it was perfect for my technical mind to get a little diversion. It turned out to be a joyful recapture of ancient stories that I knew to some extent, and it was a pleasure to do it in a modern and cheerful way.

The funny thing is that when you work in IT for quite some time, there is just no way that you can read into something and not find yourself thinking about what you value the most. Hence, when I read through the pages describing Greek gods’ complex heritage and exciting adventures, I started to think about how they fit into today’s world.
When you go through all the stories and descriptions of the ancient world, you realize that most of the things that we can name in life were personified. In that context, myths introduce gods and goddesses, big and small, taking care of some aspects of nature and life. They are responsible for specific places, objects, forces, behaviors, emotions, and so on.

Well, the thing that struck me the most in this mythical world was that you could pick a specific god and plead for a favor regarding a particular aspect of life. There are gods of everything you need, so the only question is which is the proper one to address your request.
Here comes the paramount consideration. I began to wonder which of the mythological Greek gods could be the god of programming.

I believe this is not the kind of question that will lead us to something specific and valuable in terms of technology. Still, I find it amusing to see even an external connection between Greek myths and the topic of this blog.

We should start by defining which gods we consider as possible patrons, because there is just not enough time to go through every written tale. I presume we can limit the search to the Twelve Olympians as they are the most prominent and broadly known personas. Besides, they are easily the most powerful in case we decide to ask for assistance. Those main gods have specific traits and are responsible for certain aspects of life. For instance, as you probably know, Poseidon is the god of the sea, Ares is the god of war, Aphrodite is the goddess of love, and Zeus is the king of the gods as well as the god of the sky. There is more, of course.
Now, we can look into their responsibilities and find out who would be the best god of programming. We won’t discuss every one of them, but instead, I will present my three types, that are the most suitable ones. Let’s see.

The first possibility is Athena, the goddess of wisdom, handicraft, and warfare. She is the one that had come out alive from Zeus’s head sliced open in two. You must admit that this is a very memorable story of quite troubling birth circumstances. Nevertheless, in the end, Zeus was fine, and so was Athena. After that, she became one of the Olympians.
As the goddess of wisdom, she was essential in making difficult decisions and was portrayed as the goddess of good counsel, prudent restraint, and practical insight. Of course, this is a very general description, which applies to almost any profession. However, Athena was also related to handicraft and skill improvement. We know that handicraft is not the same as coding today, but maybe we would see some connection if people knew computers in ancient times.
The argument is that practical reasoning and improving one’s skills in a specific area make Athena a good choice for the goddess of programming.

Apollo, the god of oracles, healing, archery, music and arts, sunlight, and knowledge, is the second possibility. There is an exciting story of killing a snake with his arrows to protect his sister Artemis and his mother, Leto. In addition, the serpent’s name was Python but, unfortunately, it is in no way connected to the modern programming language. Without that obvious connection, we need to look further. Nevertheless, both Apollo and his sister, the goddess of the hunt, became Olympians. That means he is up for the job.
As the god of medicine, knowledge, rhetoric, and enlightenment, he is also related to the subject of mathematics, reason, and logic. Thus, Apollo seems like a perfect god for at least the theoretical side of technology we know today. Probably, he wouldn’t be the one to bring a functional computer to humanity but defining a universal Turing machine would be within his area of expertise.

The last possibility I find plausible is Hephaestus, the god of fire, metalworking, stone masonry, forges, sculptures, and blacksmiths. He is the god hurled down the mountainside after birth, when his mother, Hera, the queen of gods, was displeased with his ugliness. It turns out that thanks to his quick and clever mind and fingers, he devised a unique wedding gift for his mother that trapped her for long enough to gain a well-deserved approval of other gods and establish himself as one of the Olympians.
As the god of various professions requiring dexterity, like different kinds of craftsmen and artisans, he is also described as the god of technology. The machinery back then was closely associated with forges, metalwork, and blacksmiths. It probably is not comparable to modern programming but think about the first programmers that knew all the physical architecture of the machine.
Having all that, we can say that if there were any gods capable of creating a CPU, it would definitely be Hephaestus. Just imagine how divine that computer would be.

Finally, we must admit that there is no definitive answer to that question because there is a lot of interpretation involved. However, the task is not to find a definitive result after all. It is just a philosophical subject loosely connected to the world of technology. That’s why the best answer is your own.

The point is to find an easy way to divert your mind from technical schemas and thoughts. Mythology may be as good as anything to do it for you. It is not always easy to relax, especially when you try to work and learn a lot in your programming job. Still, finding something different, new and exciting is a perfect pattern for keeping the work and personal life in a healthy balance. Cheers!